In the Western world, the major problem with reporting a sighting of a living pterosaur to the news media remains the same since the time of Darwin: What news reporter or editor would take seriously a report of an "ancient" creature that is still living?

The more common practice, at least over the past century or so, seems to have been for news professionals to either ignore an eyewitness account of a live pterosaur or to treat it with humor. But there have been some exceptions.

The Antwerp Bee-Argus community newspaper, a few years ago, reported a pterosaur sighting. The editor used my interview-findings to report what the anonymous eyewitness encountered in northwestern Ohio:


. . . something strange flying over the Maumee River in the summer of 2003; he described it like a pterosaur, according to a recently-published book, Live Pterosaurs in America. It was reported to be chasing sparrows as it flew over the Route 49 bridge near Antwerp, Ohio.

. . . The animal appeared to be ten feet long, including a long tail. Whitcomb asked [the eyewitness] about feathers, but he replied, "absolutely no feathers." But something else made it different from any bird: It had teeth.

. . . About 80% of the reports of apparent pterosaurs in the U.S. involve a description of a long tail. The book refers to this as one of three evidences of the honesty of the eyewitnesses in general . . .


On October 15 [2004], I returned to Long Beach after spending two weeks on Umboi Island in Papua New Guinea. . . . to investigate reports of a large, nocturnal flying creature that the local people call ropen. I came back with notes and video from interviewing about 17 eyewitnesses who claimed to have seen this elusive creature that is the subject of many island legends. 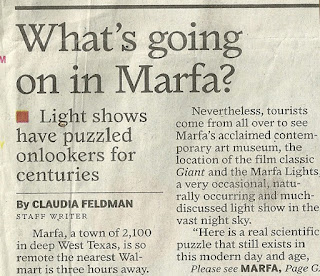 
Two large long-tailed flying creatures, apparent pterosaurs, caught the Marine’s attention. He later reported that they were “flying together at low altitude, perhaps 100 feet, very close in range from where I was standing, so that I had a perfectly clear view of them.”


Much has been made of the obvious signs that this was only a hoax; I agree, it looks like a hoax.

Under the heading of "Flying Dinosaurs," this refers to a few sightings in CA and OH.

Posted by Jonathan Whitcomb at 8:35 AM No comments: