Please get in touch with me (Jonathan Whitcomb) if you have had a pterosaur sighting in Southern California (or anywhere else), whether or not it was in or near Santa Fe Springs.

The eyewitness told me that he was on True Avenue, looking east towards the San Gabriel River and the 605 Freeway, when he saw the long-tailed "pterodactyl" flying in an irregular way, unlike any bird flight that the eyewitness had seen. At the end of the tail was a furry or hairy ball or similar structure; the distance prevented him from observing more details. The sighting was at night, but the "pterodactyl" was not too far away, maybe near Greenvale Avenue or between that street and the San Gabriel River. 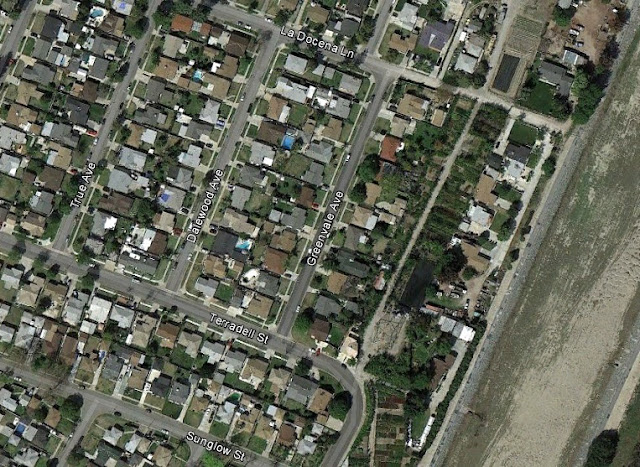 In or near the city of Santa Fe Springs, California, (Los Angeles County) - sighting location

Santa Fe Springs Sighting of 2005
Early in 2005, I received a report of a "pterodactyl" in the Santa Fe Springs area. The creature was described as being about the size of a Cesna airplane. According to the report, "Its flapping caused a sound like a military chopper, only at a much slower pace."

There have been other sightings, over the years, in Los Angeles County.


In June of this year, in a peaceful residential neighborhood in Lakewood, northeast of Long Beach, a lady was shocked to see a featherless creature with a wingspan of at least six feet and a long tail. The end of that tail made the lady think it looked like a dragon, for it was triangular. 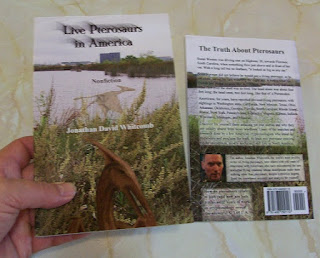 Third edition of Live Pterosaurs in America, by Jonathan David Whitcomb
Posted by Jonathan Whitcomb at 7:46 AM No comments: